The staff of the Chisholme Institute form an Intentional Community. This is a planned residential community designed to have a high degree of social cohesion and teamwork. We work together to support the aims of the Institute. Like the students, the staff at Chisholme live, work and practice together. 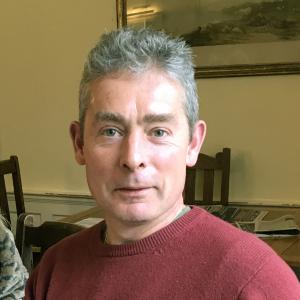 Robin helps to facilitate courses, among many other things.

Robin has been a student at Chisholme for a number of years and has undertaken various retreats there. He enjoys learning new languages and encountering people from other countries, and translates from German and Russian. Additionally Robin is a keen cyclist, walker and runner and enjoys travel, particularly in Central Asia. He also likes to bake bread at Chisholme and enjoys classical music, especially choral singing. 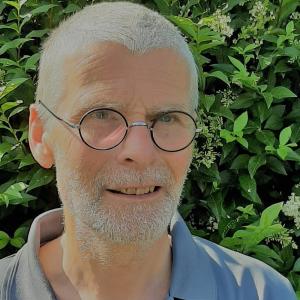 Nazir has been involved in Beshara and Chisholme since the 1970’s. Together with his wife Marijke Kretzers, he has been active in establishing Beshara groups and courses in the Netherlands for more than 10 years. Nazir also has a background in Zen meditation.

Nazir has been involved in Beshara and Chisholme since the 1970’s. Together with his wife Marijke Kretzers, he took part in several Beshara courses in the UK. Since then they have both been active in establishing Beshara groups and courses in the Netherlands for more than 10 years.

After some ‘time out’ while he concentrated his energy on raising a family and working as a professional antique dealer, Nazir became interested in Zen which led him to a Zen group in the Netherlands. He was inspired by the directness and practicality of Zen. A way to understand Zen is by being as near as possible to this moment in thinking, feeling and doing. Zen is like a finger pointing to the moon... Forget about the finger.

After a relatively short period, he was trained to teach people Zen meditation and started teaching about five years ago. Currently, he follows an ongoing program of learning, including regular Zen retreats.

Starting last year, he joined his wife Marijke in facilitating (online) ‘Discovering Unity’ courses on behalf of the Chisholme Institute.