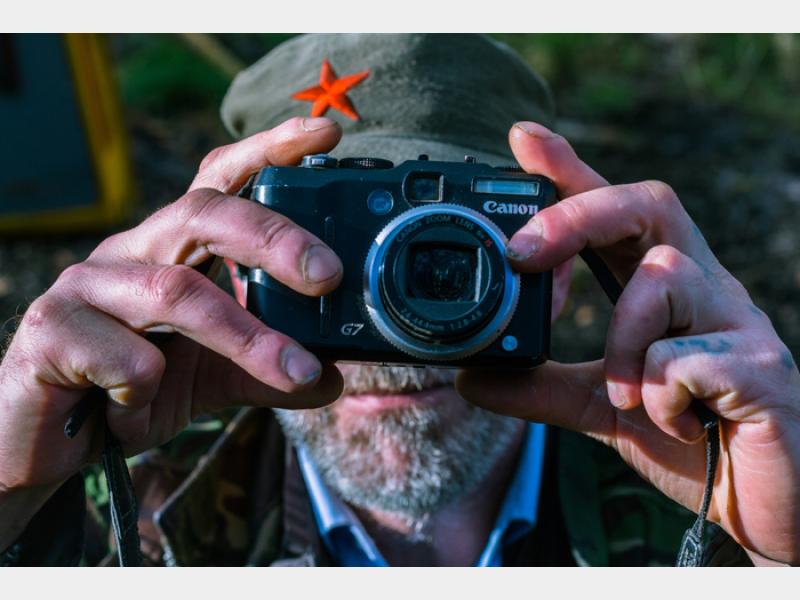 Hello. What can I say? I am from the Scottish Borders. I was expelled from school at fifteen and spent most of my youth in and out of jail. I finally straighten out and worked as a painter and decorator for some years. A change in my career took me to working on estates as a gamekeeper and in estate maintenance in different parts of Scotland.

Somewhat disillutioned with the UK I moved to Canada, and there I worked painting skyscrapers in Toronto. I then moved to rural Ontario where I won a bar on the flip of a coin. Tails... I won!!!

After a few hard slogging years at that I sold the business and went to live on a Native Indian Reservation with the Mohawk warriors. There I did seasonal work on an apple orchard, then being involved in the growing of marijuana which was a great insight.

I returned to Hawick in 2009 and never really settled down. I was a volunteer at Artbeat Studios for five years, which is a grassroots group helping people with physical or mental difficulties. I really enjoy helping people or just being there for them. After squatting in a property in town for four years I was evicted and on the streets again.

A friend told me about Chisholme House and I went there as a volunteer, and then I was fortunate enough to do a six-month course there. Doing the course was an amazing journey into my truer self. I now work there maintaining the lawns, splitting wood, and looking after the chickens. Its a great place to work and I really enjoy the study sessions.