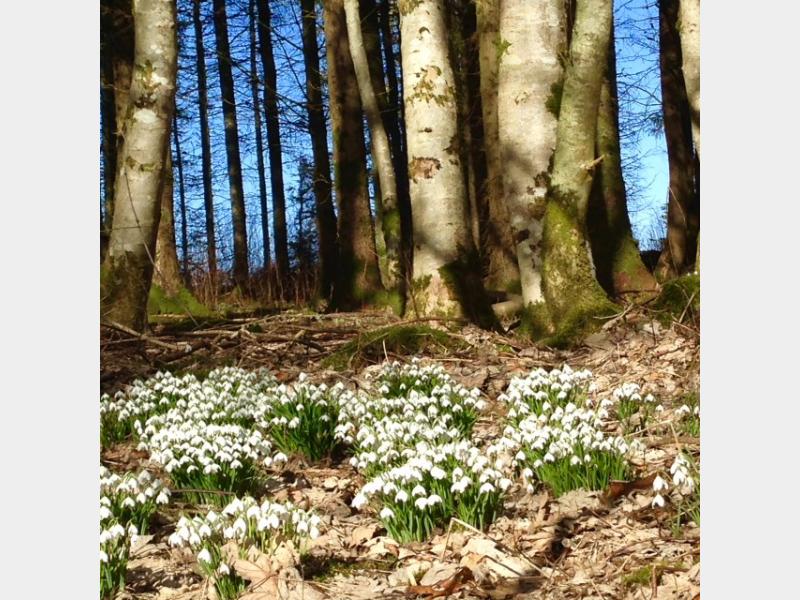 February is devoted to a time of ‘stopping’, in which residents and guests are invited to enter into a spirit of shared enquiry and deep questioning of what is to be next for the place and our place in it.
Here below you can read short reports on each day, put together by Robin Thomson, and updated every day or two.

To start at the beginning of the notes, please click here...

Intimacy and familiarity: can we discriminate between them? When we admit that we do not know each other, but are facing the Real together, true intimacy can arise between us; contrast this with the seeming familiarity and conjecture that goes with personal histories of friendship (or lack of) with one another. Can we let go of the habitual and familiar and allow the freshness of intimacy to be known instead?

Jili (Jill Flowers) told us of her father’s funeral, which she had attended last week. Her father had been in active service during the Second World War, and distinguished himself in battle in Italy. His regiment of the Grenadier Guards had sent two soldiers to the funeral. Neither had known her father. She gave us this image, of the two soldiers, one old, one young, standing at attention over the grave of their deceased comrade: despite not having known him, their dignity and respect was total, in honouring him here, at the graveside. After receiving this story, we looked at ourselves: what we had just heard seemed in sharp contrast to the almost Pavlovian conditioning that some of us sense, on returning to Chisholme – so familiar to us, often so full of very familiar friends that we stop seeing what/who is really there.

The ongoing governance of the place is also compromised when we act according to habit or are too close or familiar with each other. It is like a weight that covers the reality of the place. Intimacy, by contrast, which can arise even when we don’t know each other, when we have no pre-conceived ideas of each other, other than that we share in our common origin, is what fundamentally belongs to Man (the word insan, man/human, derives from uns, intimacy). It is fresh and freshly informed, not stale.

Being shown how helpful it would be to let go of the familiar, and how there is a very real possibility of intimacy arising from not-knowing, this is a mercy and a gift and something to work with. It is of course vital if we are to be of service to students coming here. Meanwhile that which is good and real in our ‘historical’ relationships will not be lost.

What is the meaning of the collectivity and collective vision? It cannot be an ideology or a construct. It is surely the result of individual hearts that have agreed to gather together. There is however a reality in that collectivity, when it is like that, when it is not blocked by constructs about it. In the Message from the Hopi we are enjoined to enter the fast-flowing river, let go of the bank – and see who is in there with us.

Who am I really?
This question suggests a real process of letting go of our own self-constructs and personal narratives. And yet something had to be constructed first. A child needs a sense of who they are, the ground she or he stands on, so that it can be shed in maturity. And so it is with the education itself – one must undertake something, study and imbibe something, ‘build in and then reach’, but afterwards, once established, there must be a letting go. The ephemeral (which was the scaffolding and construction to bring one to this point) passes away, so that what is real and established can be known.

Again, perhaps it is the same situation for the school. What is the school, in fact? Can we let go of our constructs that constrict it – perhaps we need to shut down completely for a period and just stop? Then what is informing us could perhaps be heard above the cacophony of ‘busy-ness’…

To read the next set of notes, please see here...

Fresh notes will be posted regularly.

Join the conversation from where you are.
Send your thoughts and contributions to info@chisholme.org.
Please use the subject line 'February Conversation' – many thanks!