‘If you want something done with excellence, ask Ghaffar, he doesn’t know otherwise.’ Bulent Rauf

Graham was a great man, a real friend, of not so many words but of strong purposeful action.

He was a devoted friend of Chisholme, running the Estate and Garden for ten years (1985-1995). He kept the garden immaculately, while looking after the woodlands during the winter. He set the standard for growing vegetables and flowers at Chisholme, with a keen understanding of the seasons and their needs. He took great pleasure in the process.

Soon after he arrived, the ring of shelter-belt woodland around Chisholme was acquired, largely with Graham’s help and involvement. He set to with a will in the replanting of these big areas of ground. This began with the wind-blasted Front Clearfell, which he planted nearly single-handedly. He successfully navigated the grant application process with the Forestry Commission, which set the scene for the larger forestry plantings with the Millenium Forest for Scotland some years later.

Under Bulent’s guidance he established the beginnings of a wildfowl and domestic fowl collection on the lake, which became a great passion for him.

He worked very, very hard. He enjoyed it. Great gratitude to him.

But Graham’s life was not just work. At Chisholme he met, fell in love and married Wendy, and they spent several happy years together.

During the end of his time at Chisholme, following a visit to Chisholme by Alan Ereira, and the showing of Alan’s film ‘From the Heart of the World’, Graham became passionately interested in the Kogi peoples of Colombia, and their message to humanity. This led him to work as administrator for the Tairona Trust, a small charity to help the Kogi. He made two trips to meet the Kogi in their villages high in the Sierra Nevada de Santa Marta. He clearly felt immensely privileged to make these extraordinary journeys. In Graham’s words: ‘I spent that evening swinging in a hammock in the ‘nuhue’ or ‘world house’ listening to the ‘mamas’ give us messages of greetings and being given our news in return. It was a meeting with a truly dignified and courageous people and I cherish that meeting and another meeting in 1994.’

These journeys and more travels through America and Australia, where he spent time immersed in indigenous cultures, led him, after much soul-searching to plunge Into three years of academia. He read Anthropology and Religious Studies at the University of Wales in Lampeter, taking a first class degree in 1999. He was invited to continue in this academic world, but though he felt he had learnt much and valued his tutors and lectures many of whom became good friends, he felt the academic approach constrictive and took to the road again.

He travelled more in Australia, but returning to the UK, again took up horticulture, spending three summers looking after the gloriously remote gardens of Oransay Priory. This is the only garden on the island of Oronsay. In fact it belongs to the only inhabited house on the island that can only be reached by walking at low tide across a mile of sand from neighbouring Colonsay. A typically remote spot for Graham, but populated with a wealth of wildlife which he loved, and an ancient spiritual history reaching back to Saint Columba, which he much revered.

Graham was always moving into new territory, and during these winter months which he spent in the Borders, he developed an interest in IT which had started with his Tairona Trust work. He became skilled in website design and developed a number of sites for friends and colleagues.

In typical fashion he moved seemlessly on. In 2003, he trained in teaching English as a foreign language, gaining a TESOL certificate, giving him an additional passport to travel where his heart led.

The next thing we knew, he was living and teaching in Hanoi, a situation that seemed to suit him down to the ground. There he finally put down roots and made a career that suited his roving spirit, which he loved, and in which he was much loved in return. He met and very happily married Hop and set up home in Hanoi. Since then we have been treated to the occasional visit to the UK. He twice brought Hop to visit Chisholme and local friends. Though living in the Far East, he hasn’t seemed so far away. The wonderful article that he recently wrote ‘A Thing of Beauty...’ published on line in the Beshara Magazine, shows his depth of vision, and somehow kept him close as a friend.

Graham was a man of great humility and integrity. He came from an RAF background and grew up on the move. Moving was his way of finding a still point. He travelled lightly, while maintaining a consistent and un-erodible commitment to a real spiritual life. He was a faithful friend and a great, great wit.

I met him first in the summer of 1975. He was living in a tiny tent in a cherry orchard in Kent, where he was one of very few who would dare to pick off the gigantic 60ft ladders that reached high into the highest trees. He took that in his singular stride, humbly but with strength. He was always like that. He will be remembered in many sweet ways, and sorely missed. But we can be confident that he will walk this last journey as properly as he did every journey on which he embarked during his life. 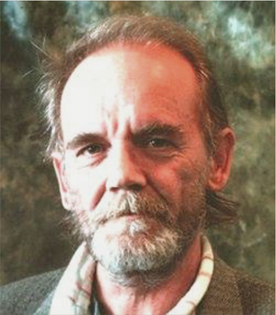 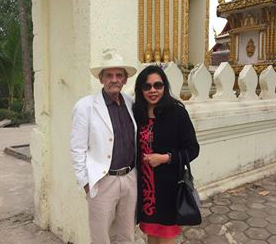