The Poetics of Science: Inspiration

The second weekend seminar 'Through Itself' June 23–25, programme here

This is the first in a series of three seminar weekends to be held at Chisholme House in 2017. It offers a rich programme of interactive presentations and workshops with speakers from diverse backgrounds, including Buddhism, Literature, Psychology, Art, The Greater Ecumenism, Music, as well as films and music nights.

The compelling idea that inspired 'The Poetics of Science' seminars is inspiration itself. Inspiration is an inexhaustible source through which the human reality can be directly known, be it through the science of the physical universe explored as an object, or through the embodied discovery of the hidden, interior realm of the heart. 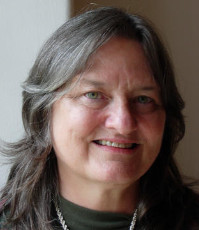 Who's speaking? Who's listening?

A talk and workshop looking at the odd fact that we don't tend to listen well when no one is speaking out loud. Nor do we listen to our own voice when we are speaking out loud. Nor do many people listen well when someone else is speaking. A point Edie explored personally and with groups is that we shy away from finding out about our inner voices lest they reveal things we cannot bear to face in ourselves. However, listening carefully it is easily observed that there are different voices speaking within us and often the most dominant voices are not the more intelligent or sensitive, they tend to be the controlling and critical ones, the bullies.

This work which is based mainly on personal teachings from Ven Akong Rinpoche and the Scottish psychologist and teacher Miller Mair, presents a way of becoming a community organiser for our own 'selves' to help us to learn to gather around one round table and learn to listen to all members of our community and, where there is reluctance, encourage all to speak.

The workshop will involve the use of art materials, speaking in pairs and other process work, but no one is expected to participate unless they wish.

Edie Irwin studied and worked with Dr. RD Laing in India and London in the 1970's. She worked under the guidance of Akong Tulku Rinpoche from 1980 until 2013 (when he died tragically). She has presented the work, now known as Tara Rokpa Therapy, in over 15 countries and has been a trustee and director of the Tara Trust in Edinburgh since 1986, and continues in this role.

Edie is co-editor of Akong Tulku Rinpoche's Taming the Tiger (Rider) and is the author of Healing Relaxation (Rider). She has also developed other materials available from Tara Rokpa: "Back to Beginnings", "Working with the Elements" and "Working with the Six Lights". She currently represents Tara Rokpa Therapy on the executive committee of the constructivist and existential committees of the UKCP. She has presented the Christmas and New Year retreats on Holy Isle, (Arran) for the past 3 years. 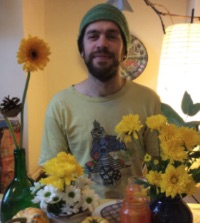 Listening is the Bridge

A talk illustrated by musical examples, considering the role that 'active listening' or 'deep listening' has played in contemporary music in Western culture, and the way it corresponds with attitudes within traditional cultures in the past.

Ghoufran's presentation will explore the way we listen and our preconceptions of what music is or should be. How it affects our experience of sound on a daily basis. What constitutes 'music'? How are creative people questioning and expanding the contemporary musical paradigm? In what ways might this creative approach affect our own self awareness and potential to communicate?

Ghoufran Warlow is a writer, artist and musician who has studied at Dartington College of Arts and the Beshara School at Chisholme House. He has lived in the UK, Japan, Australia, Italy and Saudi Arabia, as well as travelled in Europe and Asia, where he taught English as a foreign language and researched local cultures. He currently lives in Bristol, England, where he plays as part of a duo with his drummer friend and an improvising orchestra at the local Cube cinema. 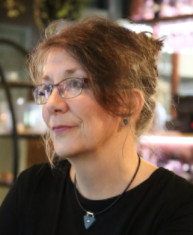 A personal account of the discovery of Found Poetry will be followed by a fun, free flow writing workshop. The workshop will introduce the use of random techniques to facilitate creative discovery. Though the medium of writing will be the experimental focus of the workshop, its creative principle is applicable to all art forms – and life! A special session will be allocated at the end for reading people's texts.

An enthusiastic proponent of found techniques and visual poetry, her debut novel, The Mauricewood Devils, was published by Freight in 2016.

She is currently using found techniques in the writing of an experimental memoir set in an eighteen month period in the 1960’s when two of her classmates were killed in violent accidents. Dorothy also makes experimental short films and is an active member of the Scottish Borders' Moving Image Makers Collective [MIMC]. 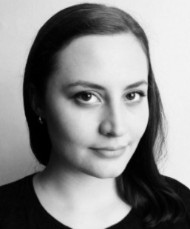 An exploration of Carl Gustav Jung's ideas on the nature of images, aesthetics and the importance of dreams.

For Jung, images are not just physical or purely visual, they are also transcendent in quality. This argument for the transcendence of the image maintains a space for God in the modern world, becoming a defense against logical positivism, which has been the scientific mode of knowledge defining 21st century thought. The immaterial and psychic nature of images allows them to reach beyond the bounds of plain existence and become a mode of communication between the conscious and the unconscious realm, the physical and the spiritual.

Gwendolen Dupre is an artist and aspiring academic currently living and working in Glasgow. She graduated in 2016 with a degree in Theology & Religious Studies from the University of Cambridge and her main research interests are religion, continental philosophy, morality, literature, feminist theory, art & film history.

Reflections on the life and work of Dom Sylvester Houédard

Dom Sylvester Houédard (1924-92) was born in Guernsey. For 42 years he was a Benedictine monk of Prinknash Abbey.
He was not a typical monk. He was deeply aware of the movement of change and globalization in the post-WW2 world and throughout his life acted on this vision. His life was profoundly changed when he was sent to Bangalore in India 1945, with the Intelligence Corps where he saw Eastern spirituality at first hand. He recognized the importance of Zen Buddhism, already represented in America from the 1920s, and of the first Tibetans to seek refuge in the West after 1959.

His ordination in 1959 enabled the possibility of greater freedom of action. He became an intensive networker, corresponding with American poets and writers honing his skills with words on a typewriter: Alan Ginsberg and the musician John Cage visited him at Prinknash. The first news of the emergence of poesia concreta, Concrete Poetry, and the possibility that it might prove to be the boundary-breaking movement that he appears to have foreseen, led him to developing an extensive creative output of abstract, sometimes obstrusely geometrical work on his Olivetti typewriter.

This work is little known today in spite of a major exhibition organized by the Victoria and Albert Museum in 1971. This work is the subject of Charles Verey’s presentation, which will include a power-point projection of a wide range of images.

Charles Verey was at the Slade School of Art in London from 1959 – 1963.
He first met Dom Sylvester in 1965, introduced by the London-based poet Bob Cobbing, whose Writers Forum meetings he had attended.

Over the following five years he corresponded frequently with Dom Sylvester and soon started to publish experimental poetry, including work by Dom Sylvester (known generally at the time as ‘dsh’). In the mid-1970s he trained as a woodworker and started to make furniture, including, in 1978 the 18-ft long dining-room table at Chisholme House.

He is now editing with Jane Clark a book of Dom Sylvester’s talks given at Chisholme House in the context of Beshara. He is also writing a biography of the Dom.

The Right Hemisphere and the Metaphysical Heart

Over the past century or so, it has emerged in branch after branch of the sciences that all phenomena are interconnected, interdependent, interpenetrated and inseparable. It seems strange that while science discovers unity in every phenomenal field of our existence, our civilisation is facing a self-afflicted crisis effecting despair, alienation and exclusion, the scope of which we have never known before on such a scale. Why? And might there be a prime-cause underlying these effects?

Neuroscience leads with the observation that pinpoints a substantial imbalance between the hemispheres, suggesting that a particular version of perceiving reality has come to dominate us so badly that we hardly notice its pervasiveness. The left brain's partial, mechanistic, simplifying, decontextualising, utilitarian-oriented faculty has increasingly dominated Western culture, while the far more significantly important faculty of the right hemisphere - that seem to share striking features with the interior or the metaphysical heart - has been almost entirely neglected.

Bearing in mind the slow pace of climate and environmental recovery, it is more than likely that our future generations will inherit those unprecedented ill effects we suffer today. They will face not only the necessary task of redressing this prime-cause behind those effects, but more importantly, they will need to address this cerebral imbalance in an equally unprecedented way! Their main challenge will be to bring about a radical reform in the method of learning by placing the heart back at the centre of education.

In this seminar introduction, reference will be made to the neuroscientist, Iain McGilchrist, the visionary poet, Ben Okri, Plato, and the 12 century mystic, Ibn 'Arabi. Relevant films will be screened on a loop throughout the weekend.

Narda Azaria Dalgleish is an Israeli-British designer, contemplative poet and moving image and installation artist based in the Scottish Borders. In her filmmaking work, she is interested in exploring the bridge between the visible world, and the invisible realm of pure ideas and universal meanings.

Her poetic films and installations were screened in film festivals in the UK, Europe and the USA. 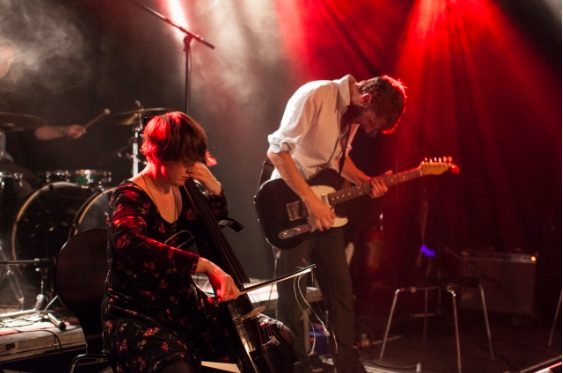 STEMS, a 'Cinematic', Post-Rock, Neo-Classical band - currently performing with four musicians: 2 violins, a cello and a guitar. Stems formed in 2011 with the idea of seeking a new relationship between experimental guitar and classical instruments, to create music with the energy of avant-garde rock music but with elongated and intense structures of Western and Indian classical music.

They have toured Europe since 2013 - sometimes including local string players - performing in unusual spaces such as rooftops in Amsterdam and former swimming pools in Nuremberg. Commissioned by the B.F.I to create new live soundtracks for the silent films of Georges Méliés, Stems have performed in Cinemas as well as on a short tour with British based DJ Yoda. This included a performance to an audience of 8000 in their home town in 2014. In addition, they worked on short film projects, supplying the soundtrack for 'The Merciless Beauty' (directed by Michael Groom). Other events include the Leeds Internal Film Festival, Sensoria Festival in Sheffield, and they will attend the Tabor International Film Festival in Croatia this summer.

STEMS have released 4 self-produced CD albums, all of which were re-pressed. This year the band has received positive press in The Netherlands, including a TV appearance, and a number of radio live shows and interviews.
Watch them in a recent concert...

Please do not hesitate to contact us if you have any questions.

Find even more events around the world on
the Beshara website.