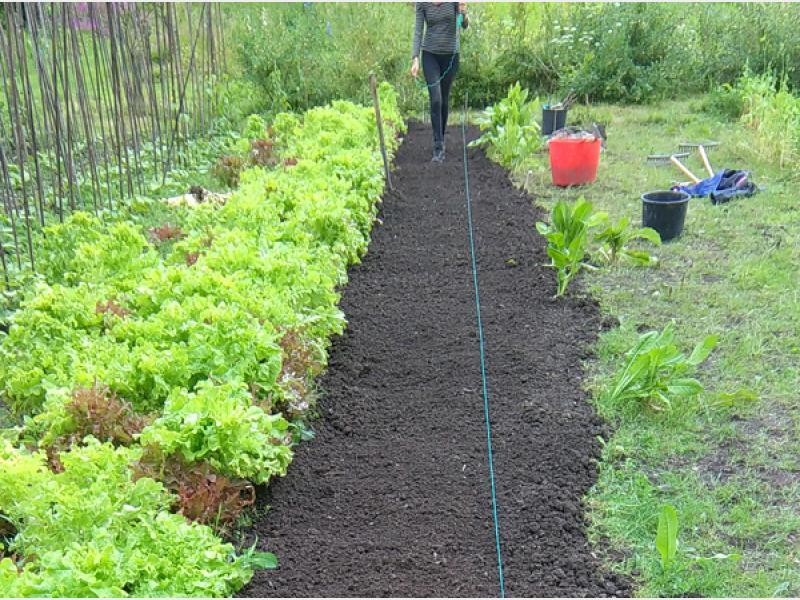 It’s been another busy few days in the garden. Two new volunteers joined us and we started by building a little woodland for the peas, collecting large twiggy branches from around the estate and setting them into the ground to give support to the peas planted during the April Volunteer Fortnight. Chaffinches and blackbirds are now using them to rest as they explore the garden, catching midges and other tasty bugs, and they can be seen perching on the branches during the day. We also planted in more peas in the empty spaces, and hopefully we’ll see some more coming up by the end of the month.

On Monday, we got to work weeding out the huge onion patch beside the garden hedge, the three of us ploughing through the lines with our hands, pulling out the weeds to give the onions a chance to catch the rain and bask in the sun. After lunch, we were joined by Nissa and Andy, and as Nissa worked away at clearing the weeds around the leeks, Andy proved to be the cog that kept the weeding wheel turning as he ferried our brimming buckets of weeds off to the rubbish pile. As we were weeding, we found that a lot of the onions had been using the dense weeds for support, and they flopped over when the area around them was cleared. With some good weather (and maybe a helping hand from us), they’ll pick themselves up again and there will be some lovely red and white onions for the kitchen come Autumn.

By Tuesday, we were back out on the estate, collecting a huge pile comfrey from behind the Steading. After coffee, we took our secateurs to the rhubarb patch and harvested four plants-worth of rhubarb (and if you’ve seen the rhubarb down in the kitchen garden, you’ll know just how large a harvest that is) We won’t be wanting for rhubarb this winter! Once we had harvested the rhubarb, we clambered into the open greenhouse. The almost-drought a month or so ago (up 24 degrees of relentless sun for 16 days!) triggered the old grape vine that creeps along the back wall to start sprouting. We picked the vine leaves, which will be soaked in brine by the kitchen to be used for dolmas. We also harvested the young yellow and rainbow Swiss chard from the salad bed. After lunch, we covered the chard area with a tarp, and once the weeds have died, the space will be ready for a new crop.

We then laid the comfrey in between the lines of broad beans. Comfrey is extremely fertile, as it has long roots that feed deep into to the soil and draw up nutrients that other plants cannot. This makes it brilliant mulch, and with its wide leaves, it can cover a lot of ground, stopping the weeds coming back up. It can also be piled up in a compost bin or barrel and left to decompose, where it will turn into a liquid fertilizer that is perfect for young plants. The comfrey mulch also helped define the broad bean lines, and supports were placed along the lines in the form of bamboo canes and thick, straight branches, strung up with twine. After tea we weeded out the rest of the greenhouse, and then we all set to work weeding out the last few lines of onions by the stone path. 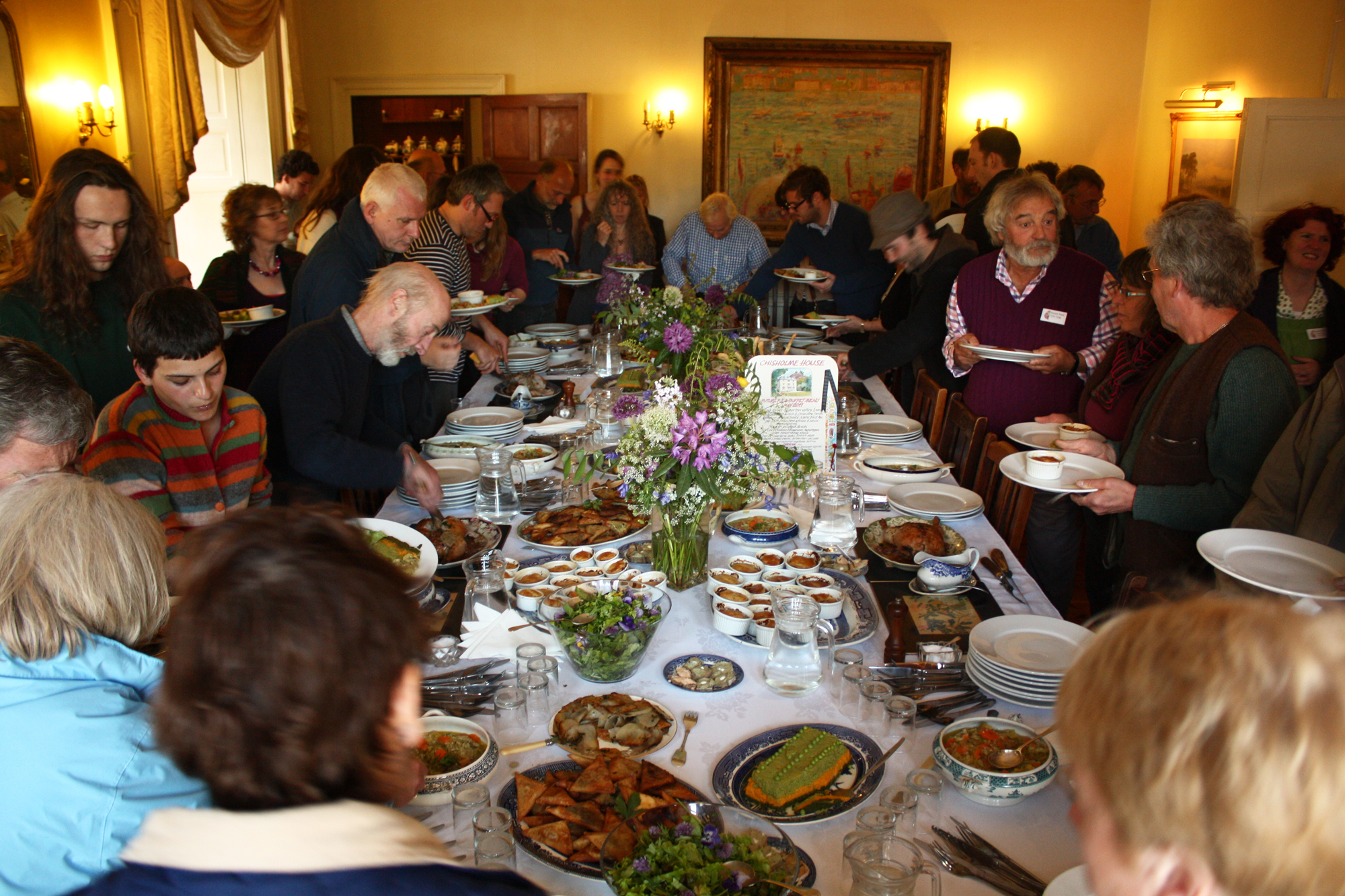 Huge thanks to our volunteers and helpers for a very satisfying few days.

If you would like to join us in the garden next month and learn new skills in a fabulous setting, please get in touch.