Bulent Rauf (1911–87) was a man who escaped definition deliberately, but whom many varied descriptions fitted easily: a gentleman, a mystic, a world-class cook, archaeologist, writer and translator, Turkish citizen and man of the world, lover of beauty and champion of esoteric education. He was consultant to the Beshara Trust and the Beshara School, and Life President of the Muhyiddin Ibn 'Arabi Society. It was upon his incentive that the Chisholme Institute came about and he served it as consultant until his death in 1987.

"A man of wisdom, he refused to become anyone’s teacher. He came as a friend and guide and reiterated continually that it is the reality within each person which is the teacher, and that one of the principal aims of being properly established in spiritual education is to find this out for oneself and live it."
quoted from John Brass, a Personal Account 2012

And to quote from his obituary by Hugh Tollemache:
"His attention was constantly on that highest goal that Man can attain – Union with God, and all questions and actions were transformed towards helping others to appreciate that goal. In the best Socratic tradition, he illuminated with infinite patience the perennial wisdom summarised in the Delphic oracle inscription “Know Thyself”.

The essential is not to falter from one's own essence which is the Essence.
That is done by permanent, concentrated, unmitigated belief: that the above premise is the only truth, and that all that is, essentially originates from that very same source. All the rest is paraphernalia.
'I feel this', 'I feel that' 'I have done right', 'I have done wrong' and all such, are nothing but sheer tests of the strength of your belief.
But belief must be verified, reasoned and intuited belief and conviction, not 'faith' belief or accommodation belief or belief of circumstance or because it 'seems' reasonable.
It is certainly not valid, albeit sincere.
When all this is true then the tests are borne in ease, knowing well that the essential being is ever untouched by accident or fault, nor ever is it in default.
Then the tests pass over one and leave no mark or scar.
A lover has to know for certain that the love is returned for love, and not for any other consideration - riches, help, comfort or bargain…

...Yet there is another prayer which, in the ultimate man-before-God confrontation, makes of the event a communion. By this prayer I understand standing in the presence of that God which is One and Only and Unique. This supra-monotheistic concept is at the basis of all existing religions, very often hidden deep down in the recesses of its esoteric foundation, sometimes clearly hermetic, sometimes forbidden, sometimes veiled and sometimes so thinly veiled that it is blatant. Read more...

Addresses, Vols I & II – a collection of Bulent's writings, is available from Beshara Publications.

A German translation published under the title: Unterwegs in der Einheit des Seins is now available from Chalice Verlag, 2017. 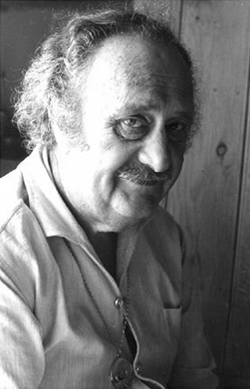