Work has begun on refurbishing the Gate Lodge, with outside drainage improved and designs drawn up to allow for flexibility of use. 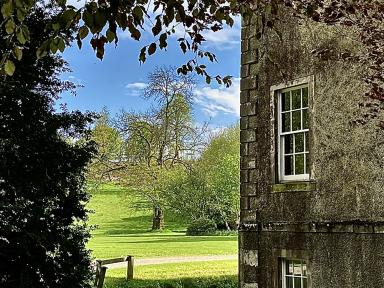 Sadly, the storms earlier in the year brought a tragic and devastating loss of trees right across the estate. However, now the work of clearing has begun, new vistas have emerged. John Mercer reflects on this...