The single most important point

What is the single most important point that must be understood by a person who wants to know?

It is that there is only one, unique, absolute, infinite existence. It must be more than an idea. One has to be so completely certain of it that one adopts it through reason and an intuition as the basic unshakeable fact of one’s existence.

When it is like that in one’s existence then every possible ramification that occurs to one is seen as not being outside The Existence, but as being an aspect of it.

Accept and completely adopt the idea that there is only the unique, absolute existence, apart from which there is not. Then constantly, or as much as possible, keep it in mind. Then, as only He [The Existent] can adopt such an idea, you disappear in the face of the awareness of this idea (which is Him in any case – who else could think of it?).

by Bulent Rauf, written for the Beshara School 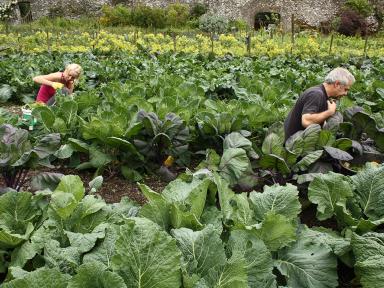 A final week in the gardens and on the estate. Autumn/Winter programme to be announced shortly.